Blog Image Source: Illustration of Caesar’s Rhine Bridge from “History of Rome,
and of the Roman people, from its origin to the invasion of the barbarians" (1883)

Clark Dietz has played an integral part in building incredible bridges over the years. At Clark Dietz we use modern technology and expert designs to help create bridges that are better than ever.

While we used advanced, modern techniques and centuries of technological advancements in our bridge design, bridges weren’t always as beautiful or functional as they are now; however, two millennia ago, a famous ruler accomplished one of the greatest feats in bridge design of his time and many after.

Back in 55 B.C, Julius Caesar and his legionaries were amid the Gallic War. In their quest to secure the eastern border of their new provinces against the Germanic tribes, Caesar decided to confront the tribes on the eastern side of the Rhine River to gain a territorial advantage. Up until his conquest, no one had ever built a bridge across the wide Rhine.

Caesar and his 40,000 legionaries acted fast, and using only local lumber, completed the first bridge in only ten days. Luckily, Caesar himself left detailed notes on how it was built. They used double timber pilings that were rammed into the bottom of the river with a large stone on a winch. When they released it, the posts were driven deep into the riverbed. The most extreme upstream and downstream pilings were secured by a beam and angled, which allowed for the rest of the segments to quickly form the basis of the bridge. Modern estimates measure the bridge between 460 to 1300 feet long and between 23 and 30 feet wide. The river at the time was about 30 feet deep. Upstream pilings created a barrier to protect the bridge from potential attacks and from floating flotsam. Caesar and his legionnaires also included watch towers to keep an eye on their enemy,

Once he reached the other side of the Rhine, Caesar realized he was outnumbered, so he retreated across his bridge and disassembled his masterpiece after just 18 days to prevent an enemy counterattack. And just like that, one of the most impressive military architectural feats of its time was gone.

This monumental feat in bridge building might have served Caesar well in his time and helped to establish his dominance, but today, bridges need to do more than just help Roman soldiers cross waterways. That’s where Clark Dietz comes in.

A Clark Dietz project that might inspire envy from even the most accomplished emperor is the Auburn Road Bridge in Allen County, Indiana. Including two 12 ft. lanes alongside two 12 ft. multi-use pathways, Caesar and his legionaries would have made an even quicker retreat. To add to the marvels of modern bridge design, the bridge width was able to be reduced from its original footprint with the help of a roundabout at Wallen Road. Unlike Caesar’s bridge, the Auburn Road Bridge needed to withstand the test of time, so long term maintenance was factored into the design to save the county improvement costs down the road.

Bridge design has come a long way since the time of Caesar’s bridge across the Rhine, but no matter the task Clark Dietz designs beautiful, functional, and long lasting bridges for generations to come. Read more about the Auburn Bridge project. 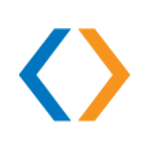 5 Reasons Why LED Lighting is Here to Stay